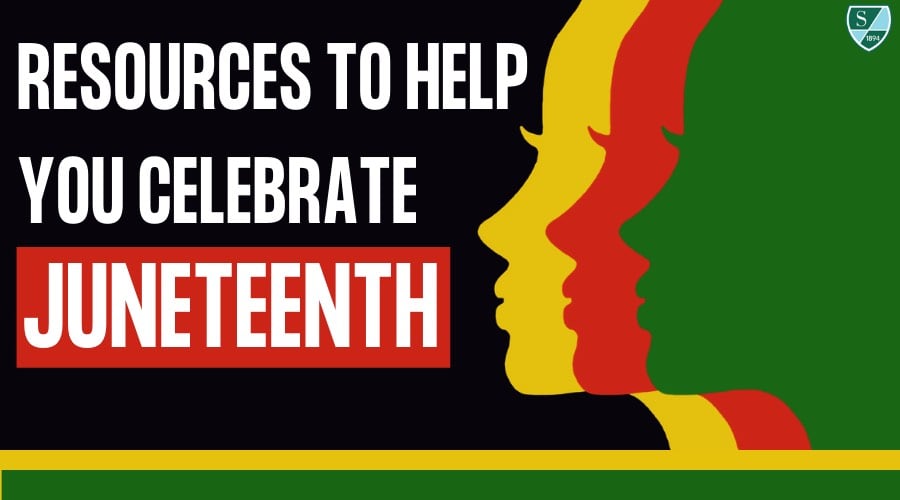 Resources to Help You Celebrate Juneteenth

June 19 marks a critically important day in our country’s history: Juneteenth, celebrating the end of enslavement in the U.S. and dating back to 1865 at the end of the Civil War. Members of The Shipley School’s History Department wanted to share a bit about the importance of this day, the origins of it, and a few resources and events for those interested in learning more or attending celebrations. We encourage members of our community to reach out to the History Department to further discuss and/or explore ways in which dialogue about Juneteenth, in particular, and diversity and inclusion in our curriculum, in general, can be expanded.

Bluntly, this day celebrates the end of enslavement of in the United States. Although institutionalized racism and inequity continue to plague our country and brutalize our citizens up until the present day, June 19, 1865 was a turning point in American History. This day commemorates freedom, and its significance would come to fruition with the passing of the 13th, 14th and 15th Amendments. Although President Lincoln issued the Emancipation Proclamation in 1863, it would not be until General Order Number 3 was issued by Maj. General Granger in Galveston, Texas on June 19, 1865 declaring enslavement there would officially end. This act effectively liberated approximately 250,000 enslaved persons throughout Texas, and was received with jubilation by millions of free and formerly enslaved African Americans throughout the entire country. White supremacy, Black Codes, Jim Crow Laws, and segregation continue(d) to terrorize our country, however Juneteenth historically signified (and signifies) a joyous event in our history.

Learn more about Diversity, Equity & Inclusion at The Shipley School.