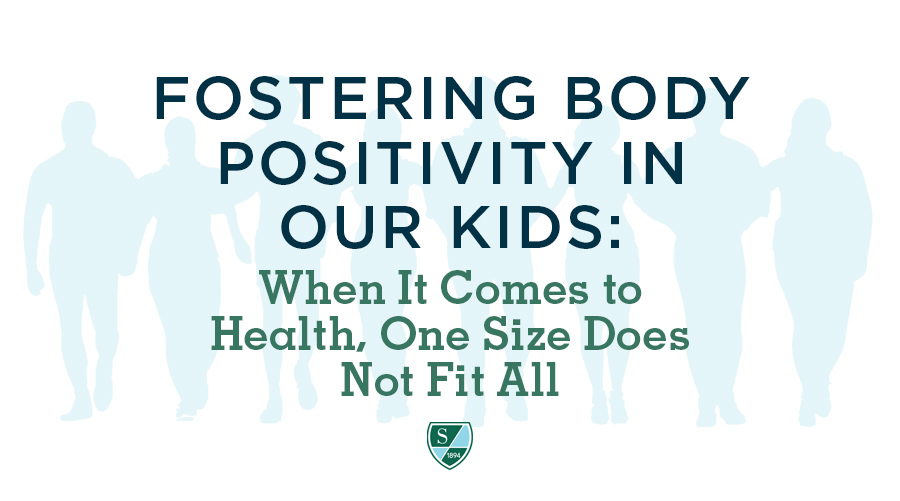 Fostering Body Positivity in Our Kids: When It Comes to Health, One Size Does Not Fit All

On Wednesday, May 5th, Shipley’s Lower School hosted a virtual lunchtime Parent Education Series Talk entitled “Providing a Stable Foundation for Body Acceptance.” The Lower School welcomed two experts from Children’s Hospital of Philadelphia (CHOP) to lead the discussion: Dr. Eleanor (Ellie) Benner, Psy,D., a licensed clinical psychologist, and Amy Mack, a licensed clinical social worker, who both work with young patients in the Eating Disorder Assessment and Treatment Program at CHOP’s Department of Child and Adolescent Psychiatry and Behavioral Science. The talk was designed to help caregivers navigate conversations with children about size, shape, and health in ways that help foster body positivity in children and their peers.

Ms. Mack noted that the likelihood of a child developing an eating disorder as an adolescent or young adult is relatively low, but some individuals who are genetically predisposed to eating disorders can be vulnerable to messages they hear from those around them and the media regarding health, size, shape, wellness, food, and exercise.

Dr. Benner and Ms. Mack explained that weight, size, shape, and Body Mass Index (BMI) are actually poor indicators of an individual’s overall health & well-being, even though messages we receive in popular media, and even during trips to our doctor’s or pediatrician’s office, often seem to indicate otherwise. Ms. Mack explained that the BMI concept was first developed in the early 19th Century by a Belgian statistician who was attempting to assess the collective weight of a population—not the health of an individual. The subjects in this almost 200-year old study were all adult men and no women or young people were included. Ms. Mack cited studies to show that BMI is not an accurate predictor of individual health or of adolescent health—especially since adolescents undergo extraordinary bodily changes, including significant linear growth spurts, which require weight gain for healthy growth. She emphasized that the biggest predictors of a person’s overall health are not associated with body size, but are actually socioeconomic factors including an individual’s zip code, access to quality health care, and access to a variety of foods. In fact, she shared, some health indicators of risks associated with high BMI, such as blood pressure, blood lipids and insulin can improve by behavioral changes even if there is no change in weight.

The speakers encouraged parents and caregivers to share this information with children to help them adopt a more inclusive definition of what it means to be healthy—one that doesn’t include size, especially since weight gain during adolescence is necessary and expected. They cautioned against “moralizing foods” by categorizing foods as “good,” “bad,” “healthy,” “unhealthy.” “Food is food. That’s it,” Ms. Mack stated. Instead of moralizing foods, Dr. Benner told caregivers to focus on helping kids develop good intuitive eating habits by eating foods based on internal hunger and fullness cues rather than external cues. Caregivers need not nag kids about what they are or are not eating, but simply provide access to a variety of foods. “Kids will naturally eat a wide variety of the foods available to them over time,” she stated.

Evaluate the Medium & the Message

Dr. Benner and Ms. Mack also advised caregivers to help kids critically evaluate the messages and images that bombard us on a regular basis from social media and other external sources. Caregivers can point out that images found online are often manipulated to make the people in them appear differently than they do in a real life. Trusted adults can help kids understand that celebrities who endorse certain diets and exercise regimes do so because they are paid to promote them, not because the methods they endorse are particularly healthy or safe.

The experts emphasized that adults need to set positive examples with their statements and attitudes about their own bodies to help children be accepting of size diversity. They encouraged caregivers to be aware of the language they use when discussing topics such as diet, exercise, and health because kids are constantly observing and learning from us. For example, exercise should be discussed in terms of physical activity for pleasure or enjoyment rather than for weight loss or calorie burning. They suggested adults focus on how bodies function instead of what they look like, and avoid talking about body sizes in positive or negative manners. By valuing function over appearance, we can work to defend against weight bias, which they defined “as the inclination to form unreasonable judgments based on a person’s weight.” Such biases negatively impact everyone regardless of body size, and can send confusing messages to children who are actively developing their own self-image and ideas about how they are perceived by others in the world.

The talk concluded with a discussion of risk factors for eating disorders. Ms. Mack stated that it is common for kids and adults to dislike certain things about their bodies and physical appearance. This is called “normative discontent” and can be expected. However, it is important for caregivers to intervene if adolescents show signs of going beyond normative discontent. These include weight loss, falling off of the growth curve, or behaviors such as avoiding social eating, avoiding friends, or struggling to take a day off from an intense exercise regime. They pointed to studies which show that transgender youth are at higher risk for eating disorders and have higher odds of engaging in unsafe weight control methods when compared to their cisgender peers. They emphasized that not all children exposed to potential triggers will develop eating disorders, but that triggers can have a negative impact on all children.

It is important for us as parents and caregivers to expand the definition of health beyond mere physical health to include mental, emotional, and spiritual health. In this way, we can help our kids grow to accept both themselves and other people of all shapes, sizes, weights, and appearances. 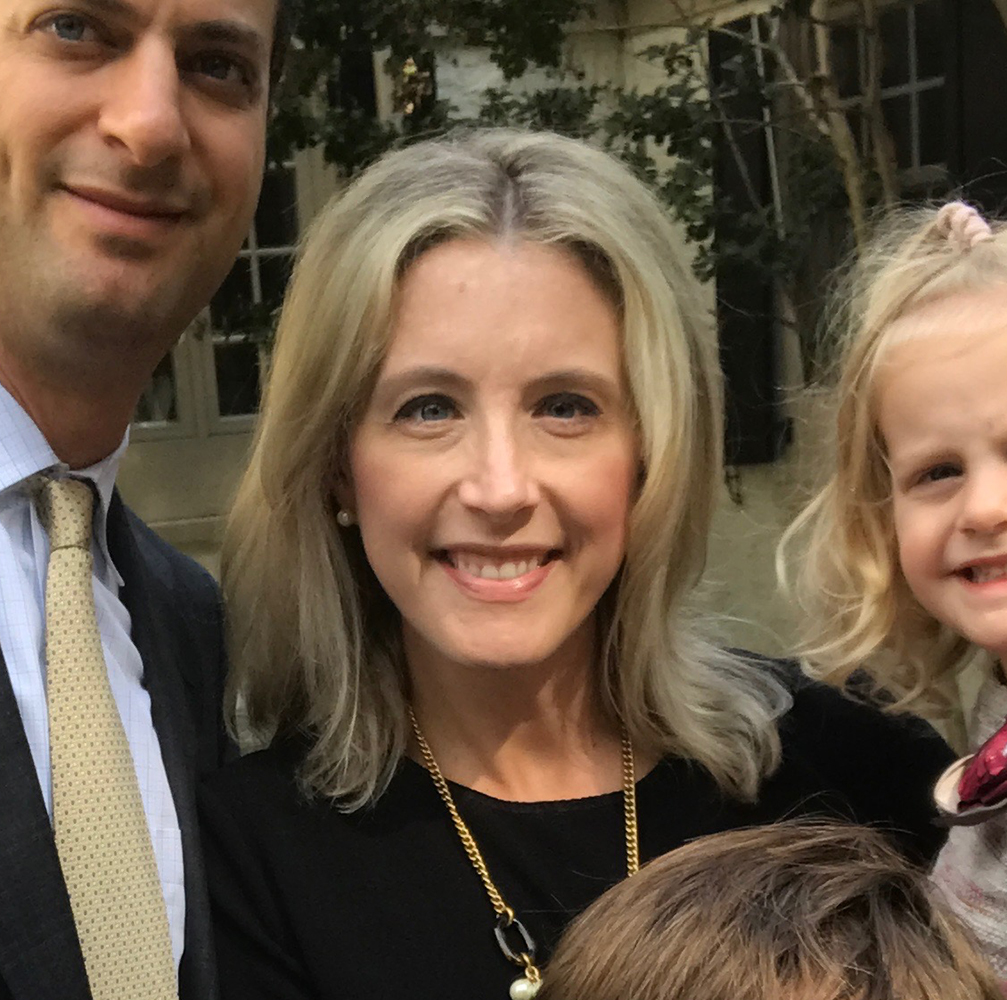 Lori Israeli is a parent of three current Shipley students. She is an attorney by trade and has an undergraduate degree in biology. She grew up with a brilliant and amazingly witty older brother who also had a physical disability. She learned the life-changing impact of inclusiveness in education as a young child when her parents successfully demanded their local school district comply with the Americans With Disabilities Act so that he could attend the same school as his non-disabled peers, eventually graduating as valedictorian of his college class.