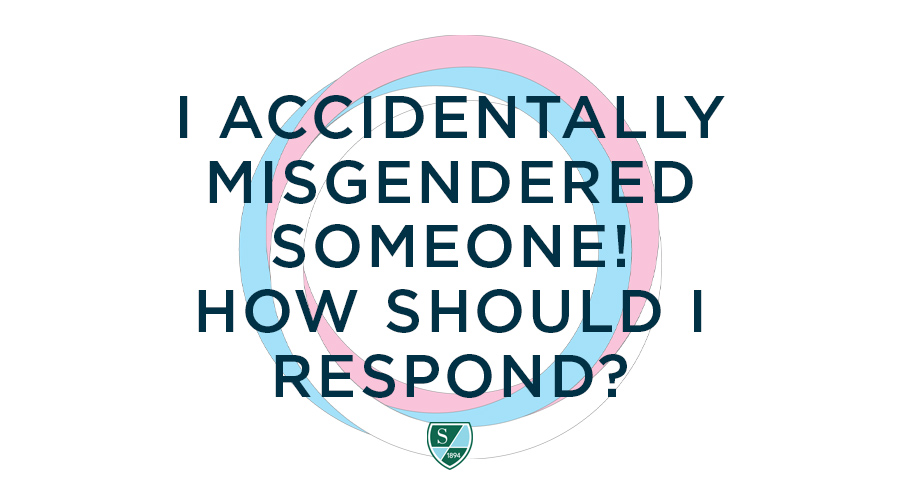 I Accidentally Misgendered Someone! How Should I Respond?

October 20th is International Pronouns Day. According to the event’s website, this day “seeks to make respecting, sharing, and educating about personal pronouns commonplace.” Last year, I wrote a post about the importance of respecting pronouns and how to introduce yourself with your pronouns (read it here). This year, I want to go a step further.

I’m often asked how I would like people to respond if they misgender me or someone else. Misgendering is when we use the wrong pronouns for someone. Accidents happen, but there are definitely ways we can respond that can help minimize the impact. I use the word minimize because there will always be some impact when we misgender someone.

Here are three of the most common scenarios and the steps we can take:

Scenario 1: When the person you misgender or someone else corrects you…

When we misgender someone and are called in, our first instinct might be to apologize. We hurt someone, so an apology feels like the natural next step. However, our society is so conditioned to say “It’s okay” when someone offers an apology. Misgendering is never okay, even if it is an accident. It’s more impactful to say “Thank you” because we are acknowledging our error without drawing extra attention onto ourselves.

If you truly feel the need to apologize, please make it brief and move on. When people over apologize or make a really big deal out of the situation, it can make things incredibly awkward for the person who was misgendered. It’s also not the responsibility of the person we misgender to absolve us of our guilt. Guilt is definitely a valid emotion to have when we mess up! However, please don’t let guilt take over the moment.

You: She just said-

Person: My pronouns are they.

You: Right, thank you. They just said-

You: Mx. Schwarz is a science teacher and she-

Bonus tip: In this second scenario, someone corrects you even though the other person isn’t in the same conversation. This is a 2-in-1 tip because it provides you with a frame on how to correct someone else!

Scenario 2: When you catch yourself as you’re talking…

This scenario is very simple but often overlooked. It will build so much personal capital with someone if you acknowledge the mistake by fixing it right in the conversation. This accomplishes two things: It shows the person we misgender that we recognize our mistake AND that we care enough to fix it rather than gloss over it. If we catch ourselves, there is no need to apologize and bring extra (and probably unwanted) attention to the error. We can simply rephrase and move on.

Sentence Frame: Ace likes his, I mean their, ice cream with sprinkles.

Scenario 3: When you realize you misgendered someone AFTER the conversation happens…

Do you ever have that moment when you realize you said something wrong after the conversation is over? This often happens when folks misgender others. We don’t always realize in the moment, and we’re not always corrected. If we realize we made a mistake, a quick text or email acknowledging that mistake can mean a lot. We can avoid saying “I’m sorry” by naming the error and committing to doing better in the future.

Sentence Frame: Hey, I realized I used the wrong pronouns for you earlier. I promise to do better next time.

It’s important to note that not every person will appreciate this. Some folks might not want to relive the moment and would rather we do better next time. The best way to figure this out is to ask the person how we can support them if we make a mistake.

Respecting people’s pronouns is the bare minimum we can do. Yes, there will probably be times where we mess up, but how we respond to those mistakes is critical. 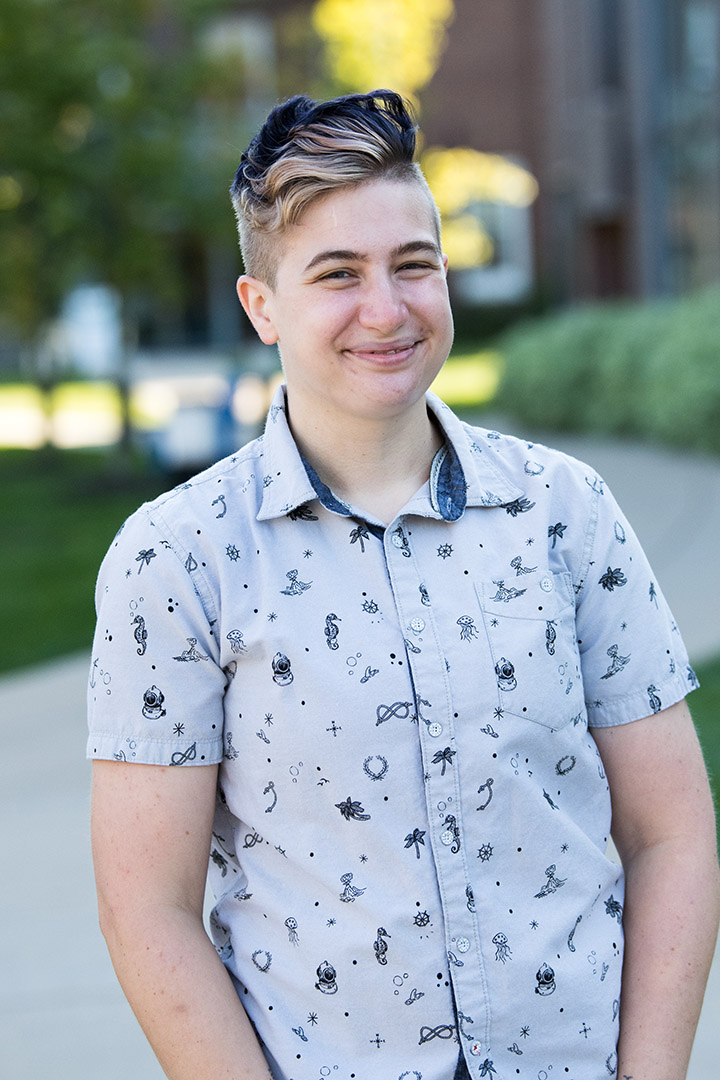 Ace Schwarz (they/them/theirs) is a queer middle school science teacher and has been at Shipley for two years. They use social media to educate about LGBTQ+ inclusion and advocacy. As a result of this work, they were GLSEN’s Educator of the Year in 2019. When not teaching, they love rock climbing and watching the latest Marvel or Star Wars show/movie.